Corvas Brinkerhoff is an artist, designer, entrepreneur, and technologist dedicated to the transformational power of light, sound, color, and environment. He is co-founder and CTO of Meow Wolf. 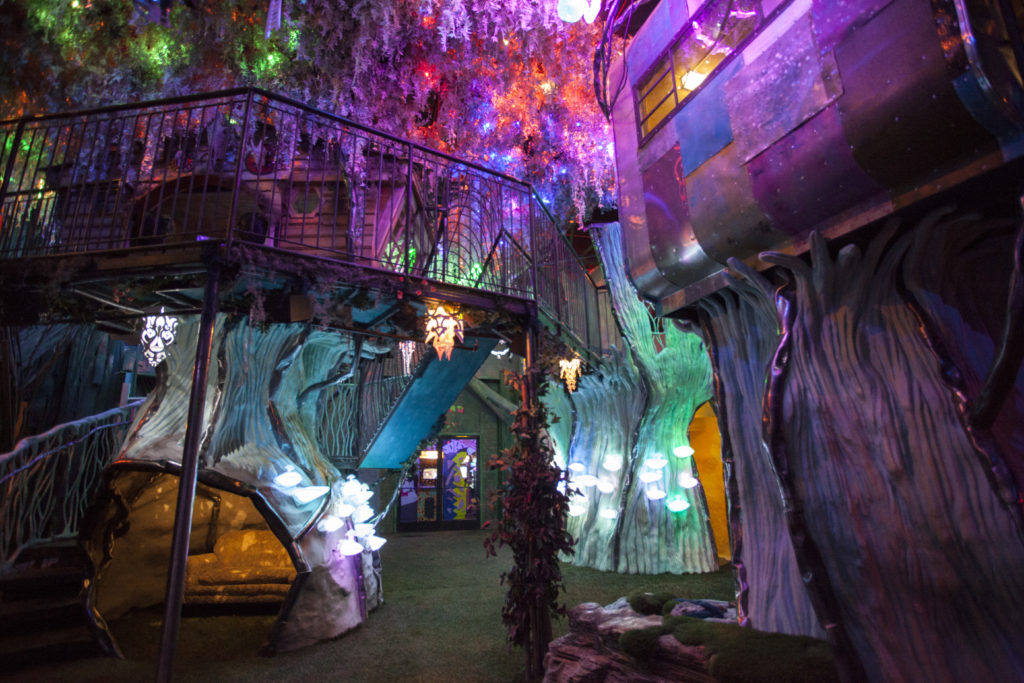 Can you talk about Meow Wolf and its fantastic evolution into what it is today?

It’s such an interesting and surprising story for everybody. We all had these dreams and visions for what Meow Wolf could become, and that vision propelled us to keep going and keep working, to keep pouring time and energy and money into this thing that didn’t really fit in.

It didn’t make sense when you presented it to “normal people” or business people, rational adults who supposedly have a handle on what makes sense and what doesn’t in the world. It just seemed like this crazy thing that was impossible, and yet we kept going. We kept pushing, and kept building this group up, because of that original vision of what it could become. But we had no idea this was going to happen.

Our dream was to make Meow Wolf sustainable, to make it a “break even” kind of business proposition that would allow us to have good jobs while working on Meow Wolf projects from time to time. We didn’t necessarily want full-time, year-round jobs, but just to be able to do Meow Wolf projects here and there and have them be well-funded. To us, that was sustainable.

Then, we found out that actually there’s such a hunger in the world for these kinds of experiences that we make. It turned out to be a really, really good business proposition, and now we’re doing well and growing extremely fast, expanding into Denver and Vegas, and we already have eyes on other markets after that. We are trying to scale Meow Wolf and grow our impact in the world as fast as we can. We had no idea it was going to hit this hard and this fast.

The last couple of years of my life have been like a walking dream. It’s an amazing experience and a total honor to get to do this work. Ultimately, Meow Wolf is about empowering artists and creative people to make work that the rest of the world says is not valuable. And we’re saying no, that is valuable, and we’re going to help make that happen. It turned out that the rest of the world was really ready for that. 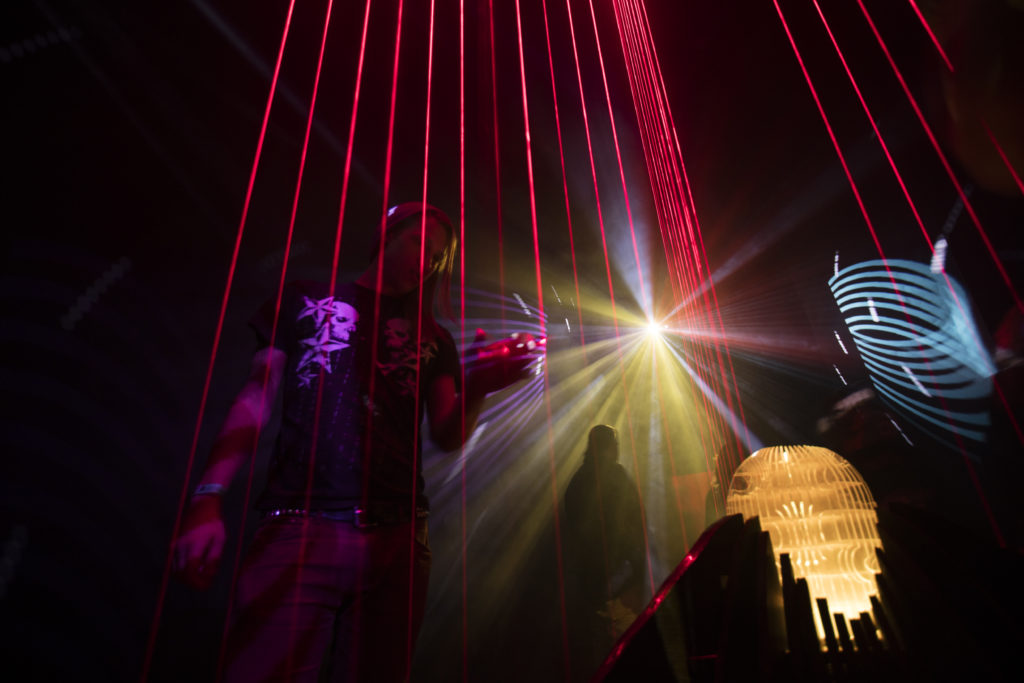 You’re also a founding member of EMA. Can you talk about how it came to exist from your experience and why you’re excited about it?

EMA at its core is a group of very active members of our community that are leading the charge and redefining the kind of public image of art in Santa Fe. We’re not trying to totally abandon the amazing work that has gone before us, but we want to amend that image and show the world that Santa Fe is full of youthful, underground, cutting-edge, experimental artists and thinkers and makers.

We feel like that community is incredibly strong, yet it’s not at all most people’s image of what Santa Fe is. So we’re coming together to help bring the community together, strengthen and promote it, and then in turn help reshape the image of Santa Fe.

EMA includes representatives from every major art institution in Santa Fe and a lot of exciting companies like Meow Wolf, Descartes Labs and Mindshare Labs. It’s an amazing group of people who are passionate and are already leaving a big impact on this community. We’re getting together and saying if we do this as a group, we think we can have a bigger impact, and we can really help fast-forward the evolution of our community. 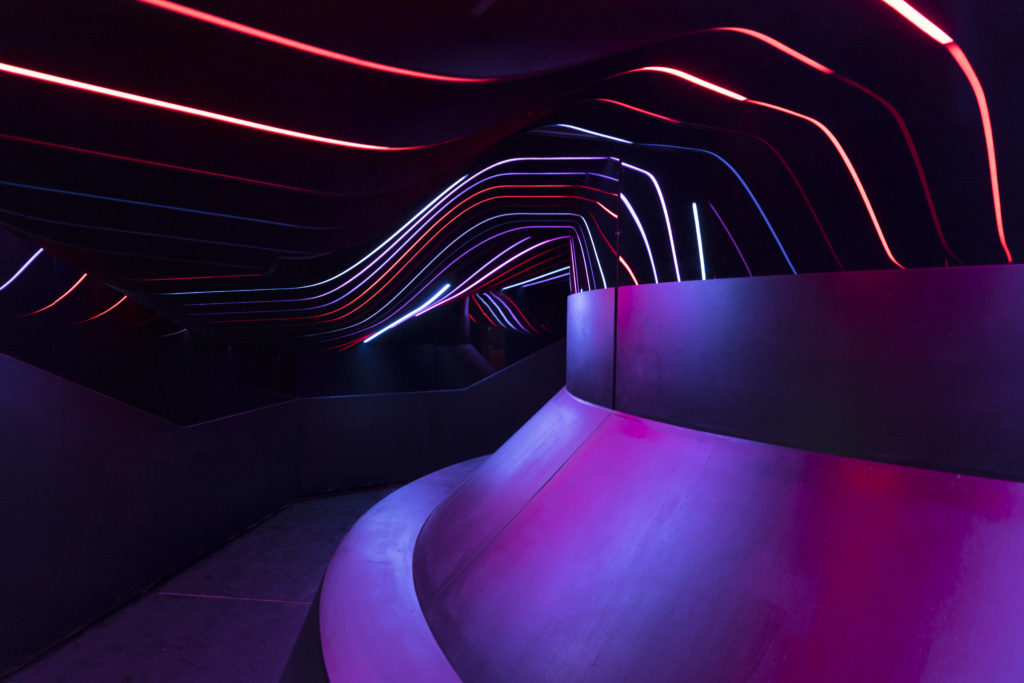 What’s special to you about Santa Fe? Why’d you come here?

I came here originally to buy a motorcycle. That was it. I wanted to travel on a motorcycle by myself, and I had a friend who was in Lamy who I could stay with. I had just dropped out of art school. I was in this really aimless stage in my life—you know, early 20s, no career ambition, no prospects, and I wanted to travel and experience the world and learn from doing.

I thought, Santa Fe—it’s an interesting town. I’ve heard good things about it. I have a free place to stay, and it’s sunny there all the time, so there’s probably a really good used motorcycle market. I needed a really good deal, because I had no money and wasn’t sure how I was going to make more money. I ended up getting lucky and finding little odd jobs along the way.

That was it. I came out here. I bought a motorcycle, and I spent about a week or two camping out at Big Tesuque campground, riding my motorcycle into town every day, hanging out at this nerdy, teen-run coffee shop, One World, and just looking around and wondering, what am I doing here? What is this place?

I really liked it. I felt drawn to Santa Fe once I spent some time here, but I didn’t know anybody. I didn’t really have a reason to be here, and I never actually planned on sticking around. I was just going to buy the bike, and then hit the road.

I had this magical night where I met like a bunch of the people that a couple of years later would become the founding group of Meow Wolf, that original group that banded together and rented that warehouse space. I fell in love with this group of people, and I ended up staying here for four months. I stayed here that whole summer, and we had the most incredible time together. It felt like this microcosmic summer of love where our personalities were blossoming. Because it was happening to all of us at the same time, it was amplifying all of us, and there was this deep sense of love and curiosity and intellectual interest in each other, creative interest.

That group just kept growing and building momentum. And eventually we realized we needed a space for this. We were throwing parties in my basement and there were always three or four times more people showing up then could actually fit in the basement, and watch the band play. We thought, we’ve got to find a space to make this happen. That was basically how Meow Wolf was born.

I think Santa Fe drew me in, and it draws so many people in. I think there is something really, really special about this town and about this landscape. You get a sense of spaciousness and possibility and there’s this magic and wonder and energy to this place. I think if that resonates with you, it becomes a really powerful connection.

It’s hard for me to imagine living anywhere else. I like to think about spending extended periods of time outside of Santa Fe to experience other parts of the world, but I will always want this to be my home base. You can see that in our history—how it’s attracted so many scientists and artists and writers, so many different types of brilliant intellectuals. There’s something here that draws them in. I think there’s something that’s very deep and mysterious and powerful and hard to explain, but very profound. 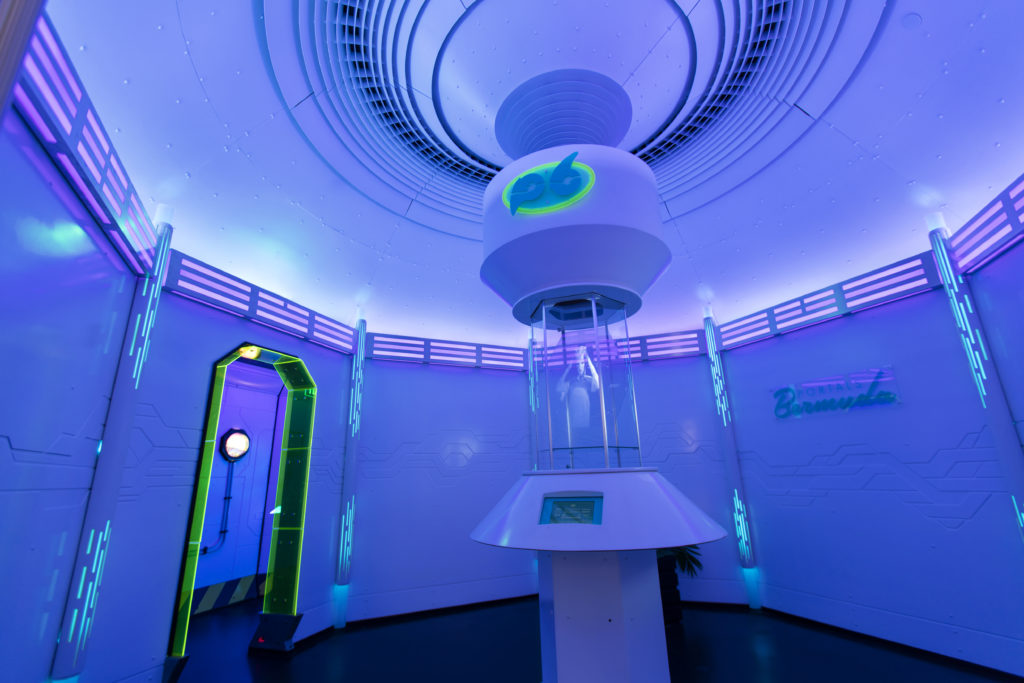 Do you think there’s anything special about this moment in Santa Fe, particularly for emerging media? A lot of people think that there are more young people moving here than ever, in part because of Meow Wolf.

You have a new generation of artists, makers, creatives, gallerists and entrepreneurs coming into Santa Fe and really making a big impact on who we are and who we’re becoming. Anybody that’s been in Santa Fe for awhile and has been paying attention knows how important that is.

Five years ago a huge question in the community was: what are we going to do if we don’t have a new generation that takes ownership of this community? What’s going to happen to this place that we all love so much? We’re seeing that shift is happening in a profound way.

You have CURRENTS, which is one of the most impressive and significant new media exhibitions in the country (maybe in the world) that’s here every summer in the Railyard that’s an amazing piece of our community. You’ve got Meow Wolf leaving a mark and showing the world a new identity for Santa Fe and a new culture.
There are so many things you can point to that are impressive.

I think underneath the surface though, when you have things like this sprouting up, it means you have really fertile soil. And that’s really what EMA is about— it’s showing people there’s so much more in Santa Fe than the couple of things you may have heard about. For Meow Wolf to happen, or for CURRENTS to happen, for all these other amazing things that are happening here to happen, there has to be a lot supporting that, creating a community where people feel safe to take risks and make big things happen.

We want to shine a spotlight on all of that diversity. There’s a super radical, super vibrant, underground culture here of people doing all kinds of art and music and throwing all-nighter parties and also starting amazing businesses like Descartes Labs. There’s just so much happening.