Be on the lookout this summer for the premiere of episode 2 of Ludlow’s latest cinematic effort: the zombie puppet rock musical, The Love That Would Not Die.

Devon is also teaching weekly puppetry classes at Meow Wolf that offer students everything they need to know in order to fabricate puppets and perform with them. Of note are his emerging media puppetry classes, including a class on puppets made of light on July 25, experimental puppets on August 22, and puppets for film, screen games and AR on August 29. Sign up here.

This is part of an ongoing series of interviews we’re conducting with emerging media trailblazers. Stay tuned for more on our blog. 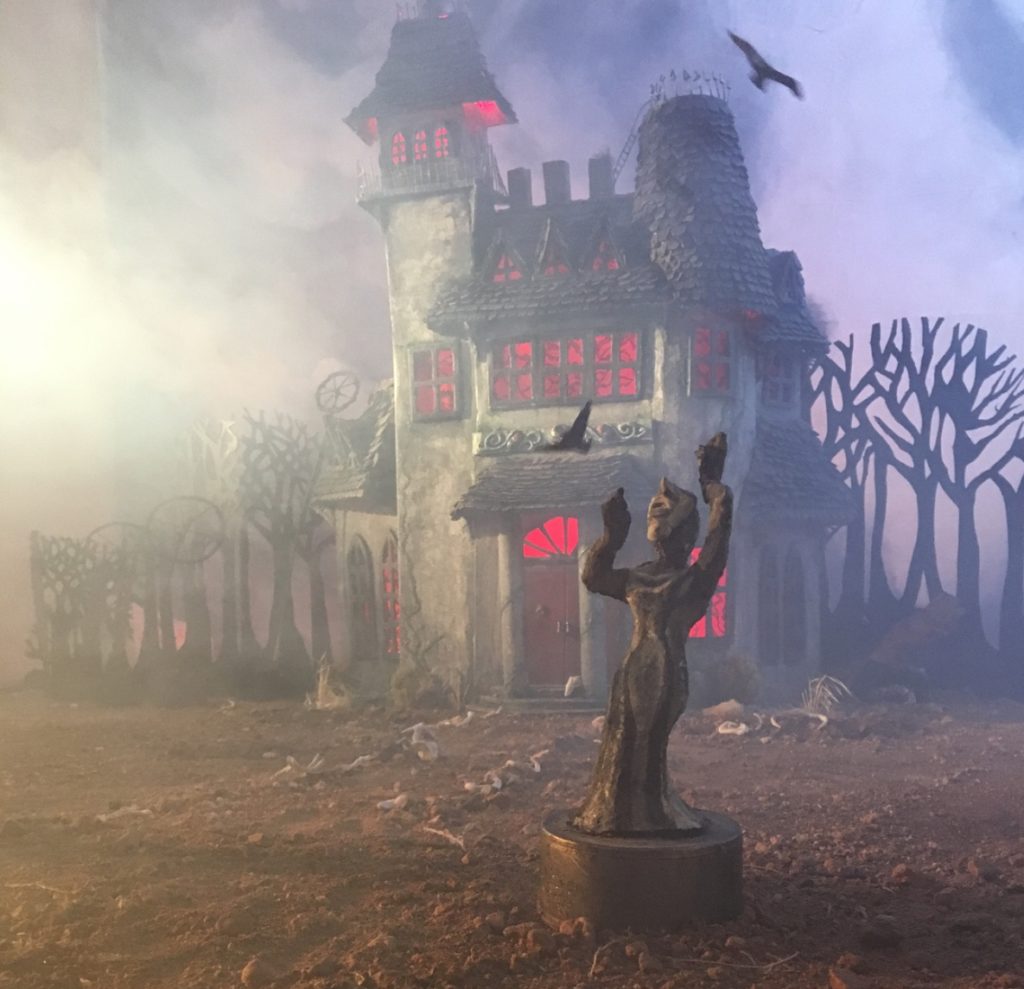 Image from The Love That Would Not Die, courtesy of the Human Beast Box.

How would you define emerging media?

I would define emerging media as new forms of artistic expression, mainly driven by embracing new technological elements, but not exclusively.

What drew you to engaging with emerging media in your work?

There was a time when I really was a total Luddite. But in the last 10 years or so things have gotten to such a crescendo technologically that it’s kind of like you’re being swept down the river: you either hold onto the roots, and you’ll drown, or you push off into the middle of the river and swim. So let’s push off and swim, and use all the elements at our disposal.

If we can create a nice tension between traditional, analog, low-tech outsider elements and emerging techniques for presentation (which are changing every day, by the hour), then you can create something with a lot of dynamic energy to get people excited and engaged. This is one way I found to invigorate collaborators so that they’re willing to go beyond their comfort zones. 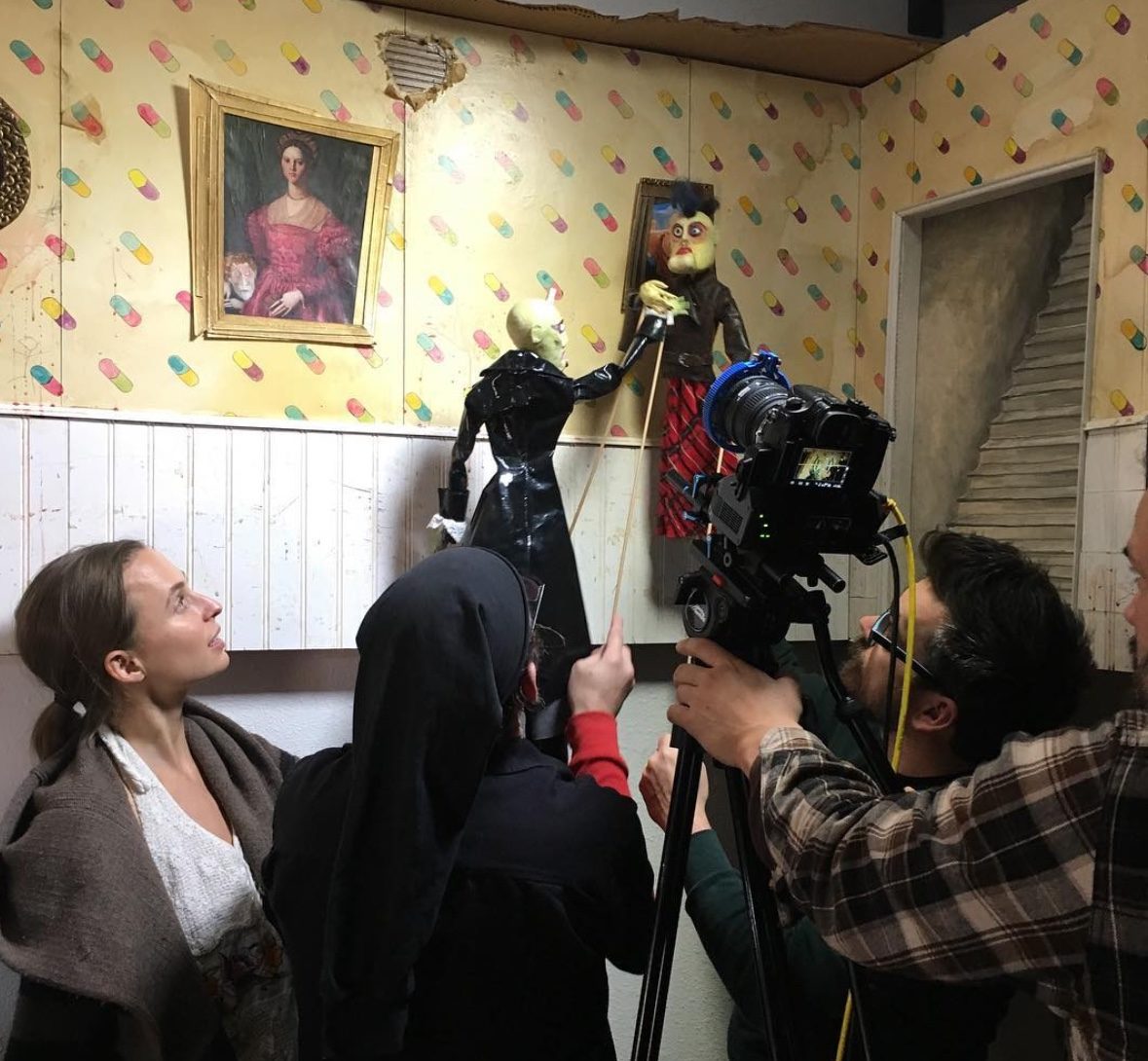 How would you describe your work? It seems very diverse and interdisciplinary.

It comes from an outsider artist’s kind of perspective: using untried techniques and unusual materials or recycled materials wherever possible, working through networks that are far from the mainstream (at least to begin with) to incubate the elements.

When we first showed [The Love That Would Not Die] it wasn’t like, “let’s go show it in movie theaters.” It was like, “let’s go show it in a swimming pool, or someone’s garage, or a speakeasy, where it can really live and thrive.” To me, that’s the only way I’ve been able to get a sense of authenticity when creating and revealing to people, which is sort of the key for all of it.

Yeah, authenticity, which has to come from a place of being off balance yourself. Whether it’s materials or the techniques you’re using, it’s keeping yourself so that you’re not comfortable, not really sure what you’re doing, or what’s going on, and that gives you that spontaneity that leads to an authentic creation. 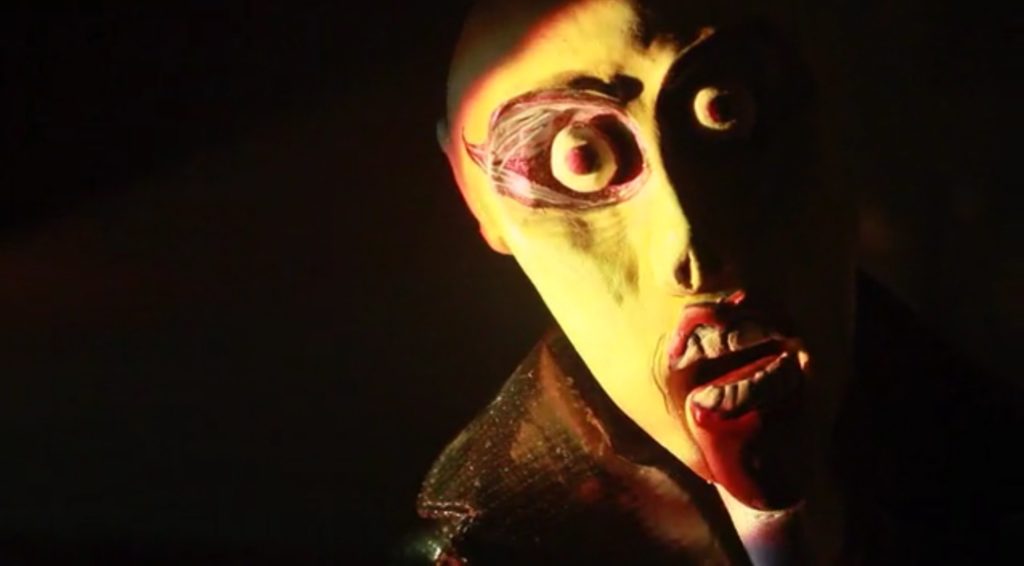 Still image from The Love That Would Not Die.

What’s exciting to you about this moment in Santa Fe?

And then I came back, and for whatever reason started to feel like there was new blood around. And that’s actually proven really true. Meow Wolf is the most obvious example, but it’s totally not the only example. All kinds of things are happening all over the place.

It felt like there was some kind of creative renaissance happening here, that there was some energy, that there was some money, that people were actually willing to put money behind new projects, new media. George R. R. Martin was the spearhead of that. He’s encouraged a lot of people who would have been reluctant to start going beyond their comfort zone of coyote art or Ab Ex art.

It feels like there’s actually more opportunity here than there is in most of the major metropolitan areas in this country. And there are a lot of other creative minds around who are open. That kind of defensiveness of “what can I use you for” hasn’t settled in here yet as much as other places. That feels really good. It feels like this is still the kind of place where I can talk my way into using someone’s empty studio, and they’ll lend me some camera equipment a few hours every week, and we can make something really special. 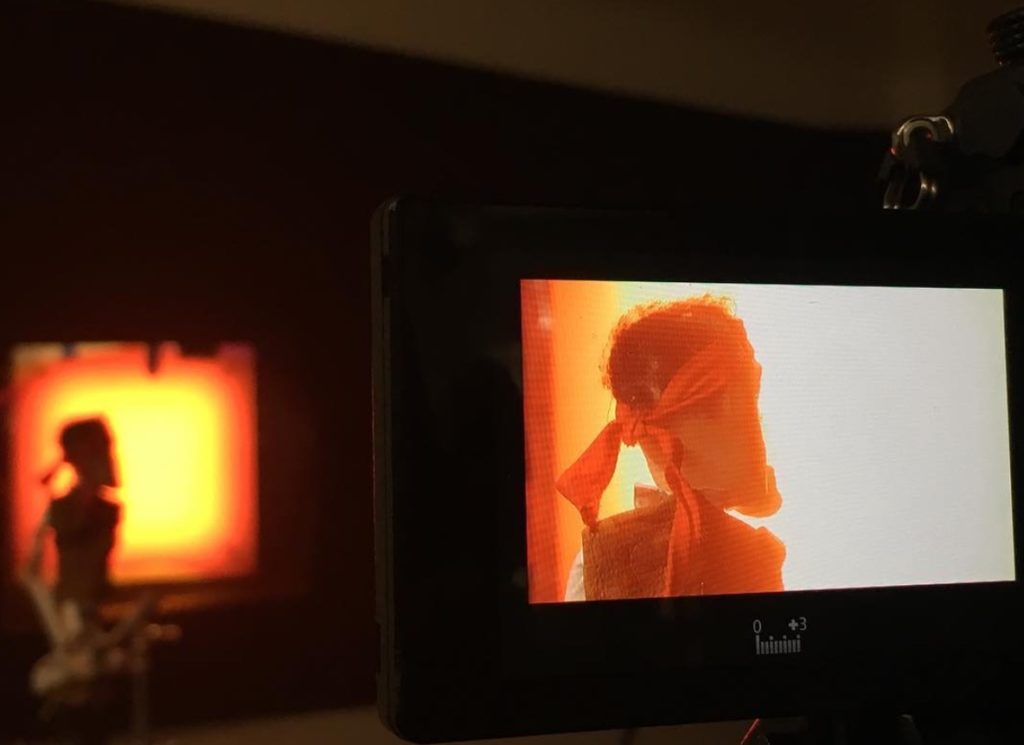 What are some of the most compelling aspects of the emerging media work that’s happening in Santa Fe?

I think there are a lot of people here who are really good at this stuff. There’s expertise. There’s a willingness to go beyond established boundaries, and at the same time it’s not well-trodden ground. It’s not over-grazed yet, so people are still open to absorbing it. It’s a relief from the gallery world, which is so calcified: it’s really hard to find something radical or interesting or challenging, uncomfortable, political— any of that— that’s not just sensationalist or novelty. And I think that people are trying to push past sensationalism and novelty with [emerging media]. Because it’s new territory, there’s a lot of room to make your voice heard and not be pushed out because you’re not a part of some pre-established lanes. 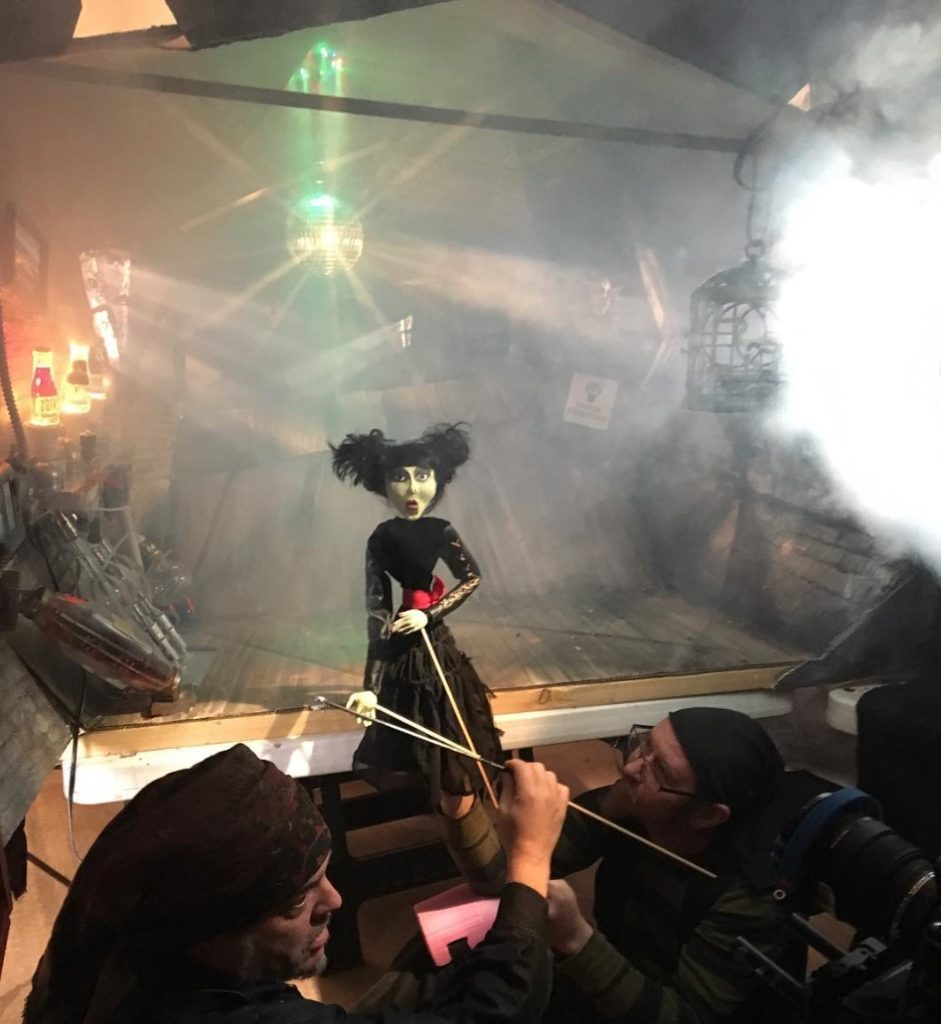 What are you most excited about in the next few months?

The class is especially exciting. Puppeteers are a very weird group who had a sort of beaten dog existence in this country for a long time. I’ve never seen anybody teach a series of classes like this. I’m really excited to see how people react. There are a lot of people who are really into it, which is new. That’s another new thing that’s happened in the last 7 years. 10 years ago people were like, “hmmmm.” Now people are like, “oh my god, puppets!”