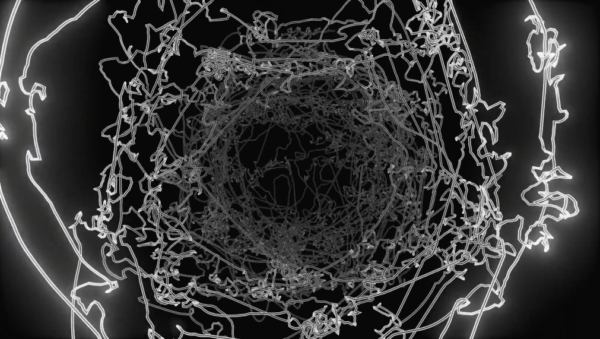 Max Cooper – VJ/DJ Performance / presented by the Santa Fe Institute, Meow Wolf and the Santa Fe Railyard as part of the InterPlanetary Festival.

Max Cooper is a London-based electronica and techno producer who has been releasing music since 2007. He has received great critical acclaim for his debut album “Human”, eleven tracks that carved out his own artistic space by creating highly produced, emotional electronica made for both the dance floor and sit-down listening. Cooper has further released more than seventy original tracks and remixes, with more than twenty accompanying video works, primarily on London label FIELDS and German label Traum Schallplatten.

In addition to being an accomplished self-taught musician, Cooper received his Ph.D. in computational biology from Nottingham University in 2008. During his doctoral training, his research interests focused on modeling the evolution of gene regulatory networks—specifically, he examined the evolution of feed-forward loops, and studied the evolutionary influences of binding site organization during transcriptional processes.